Posted on August 15, 2009 by tolerantamerica 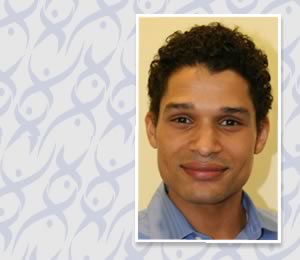 Reared in the Midwest, Adam did not often see Jews represented in books, newspapers, or films who looked like him. It was only during his visit to the Jewish community in Ghana–while teaching at the University of Ghana, Legon, that he understood how different his own life and the life of Jewish communities worldwide, would have been had he known about this and other non-European, Diasporic Jewish communities around the world.

The project Adam co-directs and co-founded with Daniel Banks, DNAWORKS, was funded by the U.S. Embassy in Ghana to lead an oral history project with the Jewish community, some 200 strong, in Sefwi Wiawso in the Western Region of Ghana about 120 miles from Accra. Adam and Daniel spent Purim with the community, their first celebration of this holiday, led a Purim spiel, and taught songs. They also spent Passover with the community and three Shabbatot. Adam is currently editing a film about this community; their experiences serve as a jumping-off point for DNAWORKS’ on-going dialogue and creative work about Jews of color and of African heritage.

In his film, “We Are All One: The Jews of Sefwi Wiawso,” Jewish men living in Sefwi Wiawso, Ghana recount stories of the House of Israel community and its return to ancestral Judaic beliefs and practices.

You can view a clip of this fascinating film here:
http://www.dnaworks.org/We-Are-All-One-The-Jews-of-Sefwi-Wiawso-trailer.php 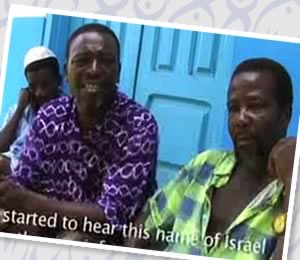 Adam has served as a US Embassy Culture Connect Envoy to South Africa and artist-in-residence at the South African Ballet Theatre, and has taught master dance classes around the world, including the University of Ghana and University of Johannesburg. He has also organized programs on social justice and the Arts with a long list of organizational partners, including Ghana’s National School for the Deaf, Ghana State Mental Hospital, City Ballet Theater, and Agulhas Theatre Works, a South African mixed abilities contemporary dance company.

Adam’s awards include the 2008 Jerome Foundation Travel and Study Grant, the Gallatin (NYU) Jewish Arts grant for work with Ethiopian-Israeli communities in Haifa, Israel, and the Bronfman Jewish Artist Fellowship for his genealogical dance and film work “HaMapah.” Named one of the most influential African-Americans in Milwaukee, Wisconsin, USA by St. Vincent DePaul of Milwaukee in 2000, Adam currently leads youth programming for the Jewish Multiracial Network’s summer retreats and sits on the board of United with In Motion.

This material is excerpted from DNAWorks. For more information, visit www.dnaworks.com.

On her recent tour for her book, Cool Jew: The Ultimate Guide for Every Member of the Tribe, Lisa was inspired by the inauguration of Barack Obama, the first African-American elected president of the United States, to encourage cross-cultural dialogue about multiculturalism in America. To increase tolerance and understanding across communities, Lisa launched "A More Tolerant America" to feature guest bloggers, authors, activists, artists and other writers, who, like her, are multicultural. Klug's father is a German-Jewish Holocaust survivor from Poland and the descendant of a Spanish Jewish family that escaped the Spanish Inquisition. During her tour, Lisa encountered ignorance and bigotry toward Jewish Americans. As part of her campaign, this blog will giveaway books and other materials that promote cross-cultural dialogue.
View all posts by tolerantamerica →
This entry was posted in Uncategorized. Bookmark the permalink.